Fight Depression Naturally: Depression can range from a self-limiting case of blues to a life-threatening illness. Depression affects millions of people and casts a great burden on not only those affected, but also those around them. With so many people suffering from this condition, many treatments are on the market designed to counter the problem.

The usual treatment for depression is a prescription antidepressant medication which is said to work by elevating levels of the feel-good chemicals in the brain.

However, prescription antidepressants normally work for less than 1/2 of those who use them, have a significantly high relapse rate, and have serious side effects.

Fortunately, however, there are many natural and effective ways of treating depression that has been scientifically proven to work even better than antidepressants.

Here are the top 9 ways to fight depression naturally without medication;

Exercise is one of the most underrated antidepressants. If done correctly, exercise can be a very effective treatment for depression. Exercise increases the production and release of serotonin (a natural mood booster), quickly elevates your mood, increases circulation of blood, and enhances the delivery of oxygen, nutrients, and glucose to the brain, while at the same time clearing out the metabolic debris and toxins.

Exercise also builds a much healthier brain by basically increasing the brain chemical levels which promote new cell formations, and new neural connections; it reorganizes the brain and helps it respond better to stress.
Try and find a good exercise program which you can enjoy doing, and you will find it is quite easy to fit in some exercises every day.

Although aerobic exercises are the most efficient way of boosting serotonin, you can try some simpler exercises like jogging, biking, swimming, or hiking. Consider exercising with a friend to make it much more fun.

Apart from eating a well-balanced diet, you should incorporate foods that have antidepressant properties in your daily diet. These include foods that are high in the omega 3 fatty acids like salmon, herring, mackerel, and sardines and foods which are rich in other healthy fats, like coconut oil, flaxseed oil, and avocados. Eating such foods is not only beneficial for your health but will also help increase serotonin levels, (the brain chemical which contributes to a happy mood).

You should also eat foods that are high in tryptophan; this is an essential amino acid that the body converts into serotonin. Tryptophan can be found in proteins like turkey, chicken, eggs, cottage cheese, nuts, and beans. Eating foods rich in carbohydrates also encourages tryptophan to flood the brain, boosting serotonin levels.

Meditation and yoga help in decreasing anxiety and stress, which is a key contributors to depression. These relaxation techniques have been used for many years to relieve the symptoms of depression. They promote feelings of well-being and joy.

Meditation and yoga work on many different levels. They increase the levels of serotonin and gamma-aminobutyric acid, (the relaxing neurotransmitter), and reduce levels of cortisol (a stress hormone). They also reduce brain inflammation, quiet the mind, and reduce negative self-talk.

Reconnecting with nature, breathing fresh air, and basking in the sun will help restore the vitamin D levels in your body, and will greatly uplift your spirits. Spending time outside is very useful, especially if you suffer from seasonal affective disorder (that is, your mood gets affected by the winter season which has limited sun).

Try and spend enough time outside every day. If possible, you can leave the city/town and go for a stroll or walk out in the woods, or you can drive to the nearest lake.

Acupuncture is increasingly being utilized as a treatment for depression. Numerous studies have shown that acupuncture not only helps with pain but also helps with anxiety and depression.

When the acupuncture needle enters the skin at 1 of the many-body points that are used by the acupuncturists, the body responds by basically releasing endorphins. This, in turn, makes you feel relaxed, calm, and happy.

Many of the traditional herbs used have been clinically proven to be very effective at fighting depression. Some of the best herbal remedies include;

Also known as Rhodiola Rosea, Arctic root enhances the activities of the mood-enhancing neurotransmitters serotonin, dopamine, and norepinephrine. It is very beneficial for fighting depression, anxiety, and fatigue.

This is another popular herbal remedy that is not only beneficial for combating depression but is also used as a memory booster. It’s well known for its’ ability to improve blood flow in the body, and it raises the levels of serotonin and dopamine while lowering the levels of cortisol (a stress hormone).

Also known as Withania somnifera, Ashwagandha has been used for many centuries to fight depression. Ashwagandha excels in its ability to combat stress by reducing cortisol levels, making it a great choice for stress-related depression.

This is an extract from a wild-growing shrub. It has been used as an effective herbal medicine for many years. It’s used to treat mild depression, and it’s a rather popular herbal remedy.

Many people know Asian ginseng for increasing physical stamina or improving sex life, but it is also quite beneficial for combating depression.

Green tea contains L-Theanine, (a natural antidepressant). L-theanine normally works synergistically with the caffeine in green tea to boost your mood such that you won’t get the crash effect that comes with using caffeine.

Drugs and alcohol might alleviate the depression symptoms for a short period, but they always make things much worse later on. For you to have complete control over your emotions, it is best to stop using them completely.

Lean on Your Friends.

Having a good support network can make a great difference in fighting depression. While many people might not understand you are suffering, there are some people (friends or family) who will, or at least try to.

Do not shut them all out, talk to them, share with them, and reach out whenever you are in despair. 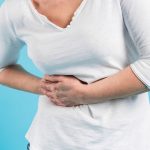 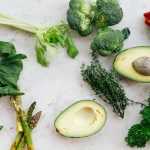 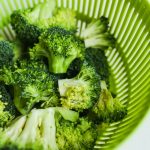 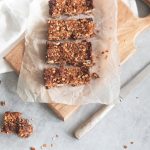 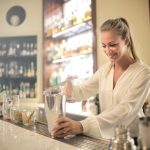 10 Amazing Watercress Benefits in Your Body